You probably don’t think about how the toilet came to be as much as you think about the first humans to land on the moon. But we bet you won’t look at the toilet the same way again after you read its fascinating history. Sit back and relax as we take you to the very first recorded invention of the lavatory.

1,700 B.C.:  The First Mention of Toilets in Recorded History

The Ancient Minoans were the first to use waste management systems in our recorded history. Although they used aqueducts and pipes to transport water, it was likely that they filled their toilets’ built-in water reservoirs using buckets.

Building on the plumbing ideas of the Minoan civilization, the Romans developed the first communal toilet, and the concept quickly spread all over Rome. Much like the public toilets we see today, the first communal works by carrying human waste through a sewer system that connects to the Tiber River. Because clean water was very precious to the Romans, they collected ammonia from public urine posts to bleach their clothing.

FUN FACT: The saying “Don’t grab the wrong end of the stick” originated from the way Romans would use sponges on sticks to wash themselves after using the toilet. They would then clean the sponges using the flowing water in a canal by their feet.

The Romans’ concept of waste management system died with them when their Empire fell. Thus, during the Middle Ages in Europe, people headed back to their primitive means of disposing of human waste. In short, they relieved their bowels wherever convenient. For the next 1,000 years, they had to make do with collecting waste using metal or ceramic bowls, a.k.a. chamber pots. It worked just precisely how you imagined: after using the bowl, people would dump their waste into the streets outside their homes. Inevitably, this unsanitary practice caused many diseases across the country.

11th Century: The Use of Garderobes

During the Middle Ages, all hope was not lost for those who can afford a proper toilet. When building castles was all the buzz in the country, architects developed garderobes. Garderobes were the first toilets to be integrated into buildings. They worked by carrying the human waste through a bottomless toilet shaft to a moat or river.

15th Century:  The Development of the Flushing Toilets

When a poet from Britain got exiled for telling risqué stories, he built himself a house and devised what was to be known as Ajax, the first flushing lavatory in the world. This poet was Sir John Harrington, a godson of Queen Elizabeth I. But because the flushing device was expensive to produce, only two units were made. One for him and another for the Queen.

FUN FACT: Game of Thrones actor Kit Harrington is a descendant of Sir John Harrington, making him the rightful heir to the lavatory throne.

Fast forward to 1775, and the first patent for a flushing toilet was granted to a British watchmaker named Alexander Cummings. In 1819, a man named Albert Giblin patented an improved version of the toilet, which was purchased and made famous by Sir Thomas Crapper.

While most history books credit Sir Crapper as the inventor of the toilet, he was merely a rich marketing man who made more money by selling toilets.

During the British Industrial Revolution, towns and cities became crowded with people who looked for opportunities. While more versions of the flush toilet were being developed, many people in the rural areas cramped in back-to-back houses that left no room for indoor lavatories. Thus, people were forced to relieve their bowels at toilets installed outside the homes. 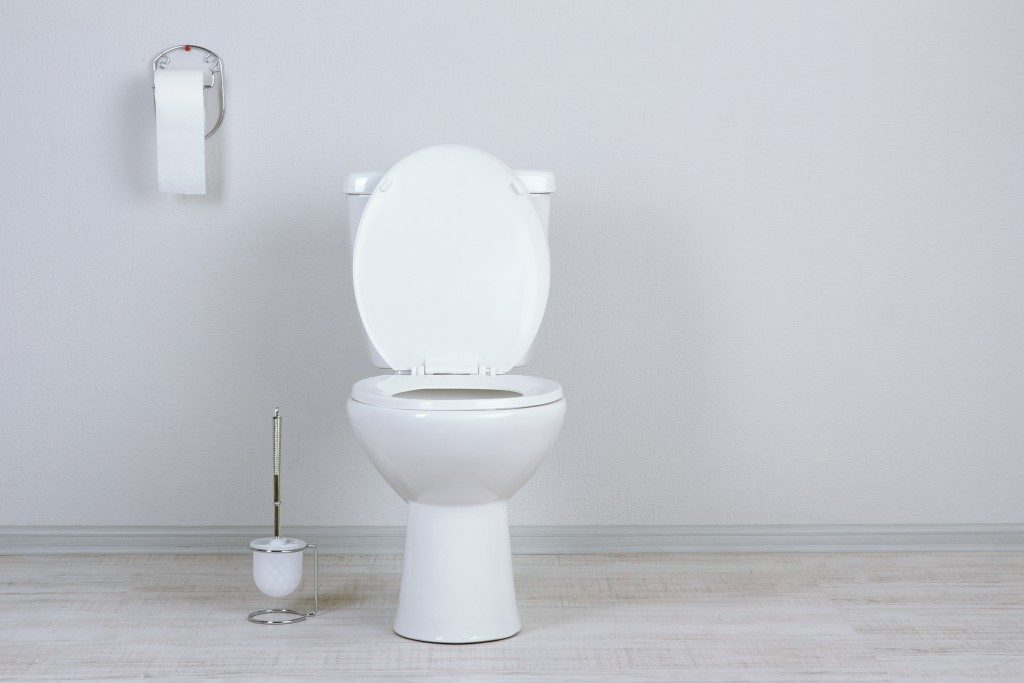 1851: The Invention of the First Public Flush Toilets

Due to the rising health concerns in the country, an English sanitary engineer named George Jennings invented the first public flush toilets. The concept spread around the country quickly, mainly because of the low cost of using these public lavatories. It cost 1 penny when it was first introduced to the public and remained this price for the next 100 years.

Since then, many developments have been made to the design and features of the toilet. And that concludes your history lesson for today. Next time you use it, appreciate just how dramatically more convenient it is to relieve your bowels today than it was thousands of years ago. Remember to take good care of it and call an expert in plumbing repair in Salt Lake City, Utah, whenever it’s in trouble.