Probably one of the commanding government agencies, especially during the COVID-19 pandemic and ebola, is the Centers for Disease Control and Prevention (CDC). For the United States, from the people to powers that be, it is the voice of reason and guidance for the protection, safety, and improvement of everyone’s health and well-being.

But do you know the history of the CDC? Here’s the story of how a virulent mosquito-borne disease called malaria almost disappeared in the United States and gave birth to this powerhouse health authority.

Malaria is a life-threatening and sometimes fatal mosquito-borne disease caused by a parasite. So far, scientists have identified at least five species of these organisms that can lead to illness. These include Plasmodium falciparum, Plasmodium vivax, and Plasmodium knowlesi. Of these, P. falciparum is the most likely to cause severe symptoms, such as multiple organ failure.

Unlike other infections caused or attributed to mosquitoes, malaria happens and spreads when the insect, usually the Anopheles mosquito, bites an infected person. Female mosquitoes feed on human blood because it is rich in protein that helps grow good eggs.

After biting and feeding, the mosquito then becomes the vector or carrier of the disease while the parasite may alter the behavior of the insect that only increases the risk of transmission, according to a 2014 study.

The next time it sucks on the human blood of an uninfected person, the parasite then travels into the individual’s bloodstream. It will find its way into the liver, where it multiplies fast and goes on to infect red blood cells.

Malaria is one of the leading causes of death due to a mosquito-borne disease in the world. According to the World Health Organization, at least 400,000 people died in 2019.

However, transmission and deaths are significantly higher in low-income developing countries, particularly the African region, which accounted for over 90 percent of these fatalities. In the United States, malaria is no longer an endemic disease.

The data from the CDC revealed that the country diagnoses at least 2,000 cases of malaria annually. But the majority of these are travelers and immigrants who may have come from high-risk places. In other words, the disease almost doesn’t exist here for a variety of reasons:

How the CDC Helped Eradicate Malaria in the US 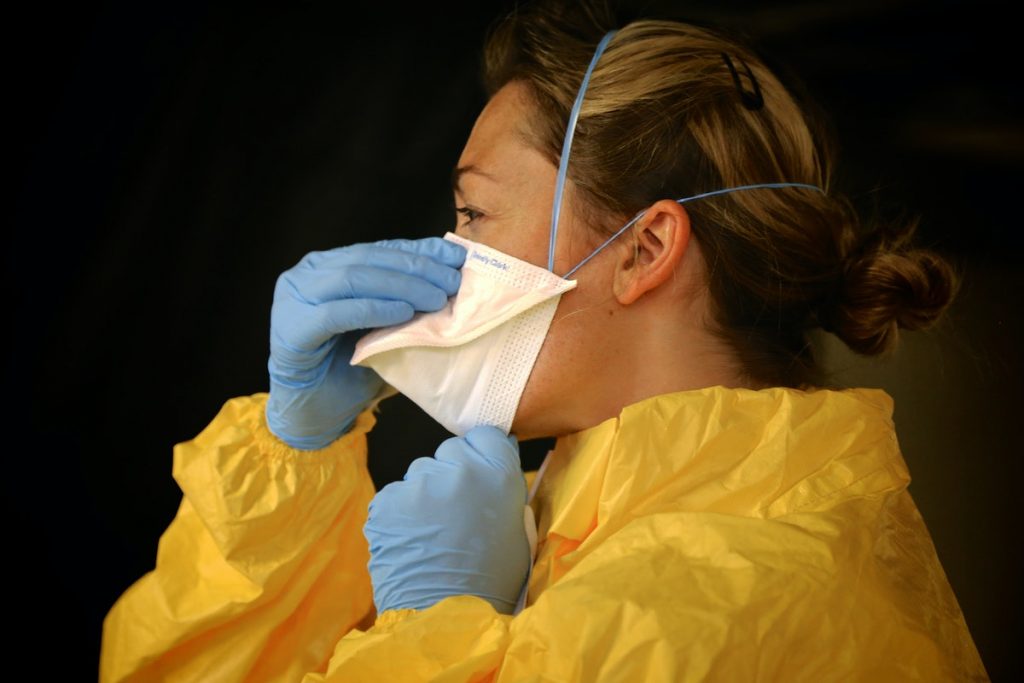 Malaria might have been out of American radar since the 1950s, but the disease was rampant before this. In a 2007 research in the Journal of Economic History, about 45 for every 1,000 deaths in 1850 were due to malarial fevers. During the U.S. Civil War, it could have been responsible for at least 10,000 fatalities of recruits.

This parasitic infection is probably one of the oldest in history. One of the earliest pieces of evidence involved an infected mosquito trapped in amber that dated back to 30 million years ago or during the Palaeogene Period. It might have also originated in Africa and initially infected animals before it crossed over to humans.

How it arrived in the United States may be traced to the time of the Roman Empire, whose reach included some parts of Africa. Some Romans, therefore, might have contracted the disease and passed it on to the Europeans when they conquered a huge part of their continent. In turn, some of these Europeans might have settled in one of the colonies in America.

Slave trade is also another reason. Elena Esposito, an applied economist, once established a connection between the spread of the disease in the United States, particularly in the South, and the pattern of African slavery.

In an effort to end malaria, the United States launched what then was called the Communicable Disease Center (CDC) on July 1, 1946. With a budget of only $10 million and with around 400 employees, it introduced the National Malaria Eradication Program (NMEP) the following year.

Under this program, the CDC focused on epidemiology, habitat control, and mosquito abatement. Surveillance of the disease helped them identify high-risk areas and project the possible pattern of spread or growth. During the agency’s first few years, it sprayed an insecticide called DDT to over 6.5 million houses, especially in rural areas. It also removed mosquito breeding grounds.

Today, the country enjoys the persistent efforts of the CDC in getting rid of malaria. However, until the rest of the world is safe, the level of cases in the old days can still occur. Thus, the agency continues to perform its original mandate.