Clean air quality is a sign of a healthy population. For us to be healthy, the ability to breathe clean air is a must. It is established that air pollution can aggravate lung diseases and impair breathing. People living in busy metros often find themselves victims of lung diseases. We have known that air pollution triggers asthma and allergies.

Air pollution is not only present outdoors. It often takes place indoors. That is why it is important to have routine HVAC work done, such as thorough air duct cleaning to ensure healthy air quality indoors. Yet, when the air we breathe is polluted with particulate matter, its effects are not only seen in the physical. Recent studies show that air pollution is linked to the rising cases of depression and other mental health conditions. Here’s how bad air quality is linked to the state of our mental health.

Children’s brains and bodies are continuously developing. Whether it’s just a simple exposure to pollen or vehicle exhaust, inhaling polluted air has adverse effects on children’s cognitive development. What’s alarming is that children are vulnerable to inhaling more polluted air as they take in more air with their body weight.

A 2018 study exposed that children who breathe high amounts of polluted air are likely to end up in the hospital for a mental health problem than children with lower to no exposure. The study, which was conducted in the Cincinnati Children’s Hospital Medical Center and the University of Cincinnati examined thousands of children from 2011 to 2015 for psychiatric disorders.

Another study showed how exposure to particulate matter can affect the production of cortisol in younger children. Hence, this is especially detrimental to babies’ developing cognition. This can also alter the structure of their cerebral cortices.

People who are already diagnosed with mental health disorders like bipolar disorder, schizophrenia, and even depression are more likely to have worsening symptoms with continuous exposure to particulate matter.

Particulate matter causes oxidative stress. Oxidative stress stirs inflammation in the body and the brain. Inflammation can then cause cell death in brain tissues, which can lead to worsening psychiatric issues. This can cause patients to experience other symptoms like physical inactivity, obesity, depressive moods, and anxiety. This is critical since it can worsen symptoms for those who have experienced mental health disorders from their childhood to their adolescent years. 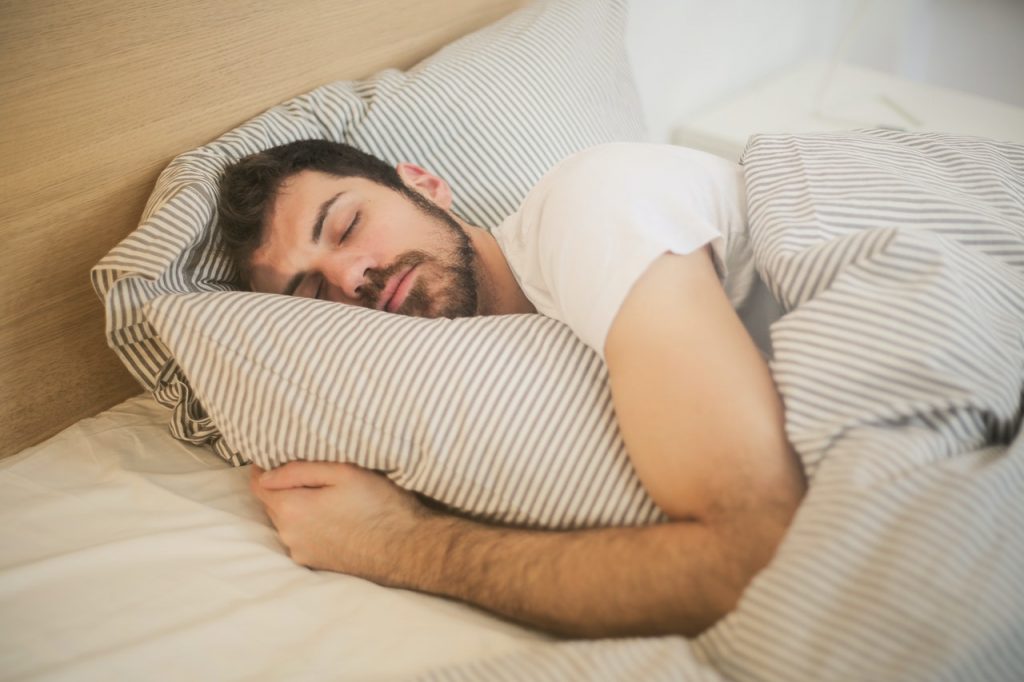 Healthy sleep is a must for one’s well-being. Sleep offers many benefits like a more active immune system, cognitive health, regulated mood, physical performance, and more. However, exposure to high particulate matter can also cause sleep problems.

Sleep disturbances can have detrimental effects on one’s mental well-being. Sleep apnea is a serious sleep disorder where one’s breathing stops and starts during the time when they are supposed to rest. This is common among people who snore loudly yet feel tired even after sleeping for a long time.

Sleep apnea is often linked to existing respiratory issues. Bad air quality triggers respiratory issues that keep people awake at night. Because of these underlying issues, people who do not have enough sleep have lowered mental performance, unstable moods, and unhealthy eating habits, among others.

Even if people do not have existing mental health disorders, breathing unwanted particles found in polluted air can alter one’s feelings of well-being. This is common among people who commute on their way to work. It can automatically alter one’s mood, causing them to feel irritable afterward.

What we can do to improve our air quality.

Air pollution’s impact on our physical and mental health is a consequence of global warming. This will worsen as global warming will take full effect in the coming years. Wildfires have caused public health consequences, and air pollution has caused premature deaths as well.

Outdoor air quality is something that we cannot single-handedly control. While we can choose to live in rural areas with less air pollution, this choice is not always feasible. We can, however, improve our indoor air quality by doing routine HVAC maintenance and by putting plants and other greens inside the house.

Quitting smoking can also play a huge part in healthier indoor air quality. Quitting also means getting rid of “healthier” options like electronic vapes. Even if e-vapes do not have nicotine components, they still include particulate matter. These steps may be small, but their advantages are foolproof when it comes to improving your mental health.