When most people think of lasers, they think of the famous James Bond scene. And as fun or terrifying as that image is, it is not exactly how they are used in clinical practice. Coorparoo Family Dental were one of the first adopters of the role of surgical lasers in dentistry and surely will not be the last as the technology matures. This article looks a bit closer at the role of lasers in dental practice.

The adoption of lasers in the medical sphere, particularly surgical procedures, is rapidly increasing. There are several obvious advantages, the first of which is the immediate cauterising of an incision due to the extremely high yet localised temperature generated at the site where the laser contacts tissue. The next advantage is the inherently sterile nature of the laser as it does not introduce bacteria into incision.

The advantage that is not obvious in our everyday life is that as you pull a scalpel through tissue, it inevitably affects the tissue around it, bunching it up and putting it under stress before the blade finally parts the flesh, making the cut. Using a scalpel can also create a higher rate of error, whereas a laser can eliminate this concern. This is extremely useful if surgery that requires a high degree of precision is being done on nerve tissue.

Due to these advantages, great effort has been made to integrate lasers into medical practice, and now they have become established as they find their way into dental surgeries, introducing an intriguing new tool in the dentist’s toolbox.

Nervous patients are often taken lightly by the public, especially in relation to dentistry. Even the polite euphemism ‘nervous patient’ downplays how serious people’s dental health can get and how they consistently ignore discomfort and treatment that could alleviate it. There are many methods that allow nervous patients to engage with care that needs to be pursued. Laser treatments are one of those options. By minimising the use of dental drills and providing care without placing pressure on teeth or vibrations into the jaws, lasers can be far more tolerated than traditional care.

Unfortunately, current laser treatments are focused on soft tissue procedures, and lasers that can drill into teeth have yet to be adopted but show promise as a future option in clinical practice.

Lasers as part of recovery 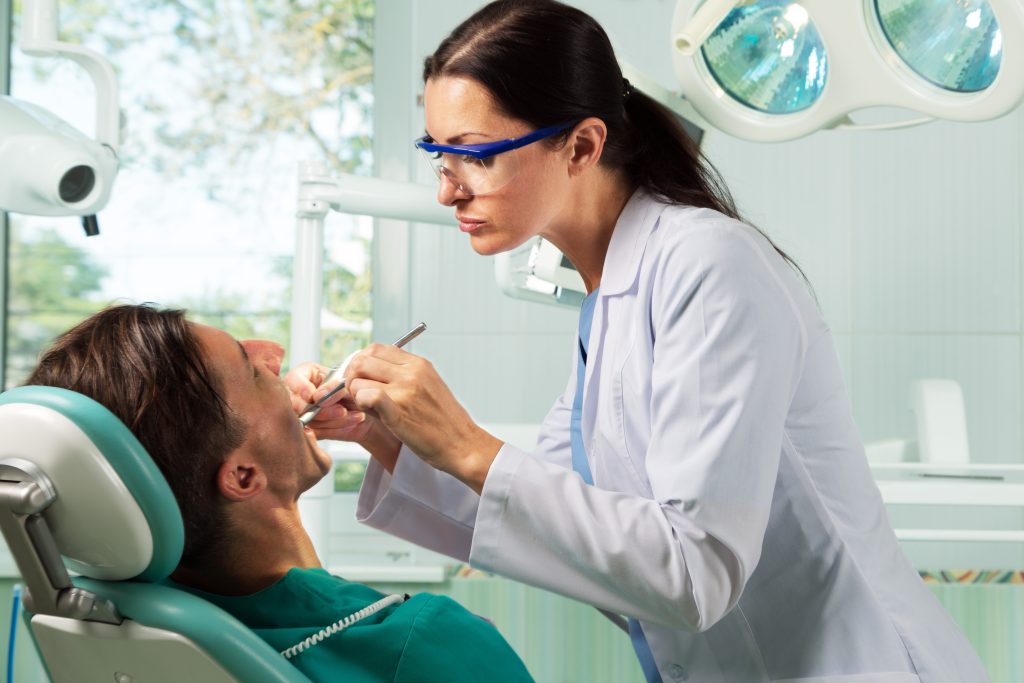 Beyond the role of lasers as an alternative for making incisions, low-level laser light can be aimed at inflamed areas of tissue that require greater healing, such as abscesses and ulcers to encourage the migration of white blood cells and increase blood flow to the region.

This increases the overall rate of healing, reduces recovery times and is referred to in practice as low-level laser therapy. The speed and non-invasive nature of this procedure could make it the standard way that many future treatments are completed.

Any surgical or invasive procedure carries risks. Before proceeding, you should seek a second opinion from an appropriately qualified health practitioner.