The neck is part of the long and flexible spinal column, which is separated by discs. The spinal cord, which connects the brain to the body, is housed inside these columns. The neck, which runs from the first to the seventh vertebrae, is a vital part of the body.

Any part of the neck, including the muscle, tendons, bones, nerves, and ligaments, when injured, can cause neck problems. There are many types of neck injuries, including muscle strain, herniated disc, neck fracture, and spinal cord injury, among others. Whiplash injury, Lehi doctors and medical practitioners elsewhere might tell you, is among the common types of neck issue that they treat.

One of the most common conditions affecting the neck is whiplash. Whiplash occurs when the neck suddenly extends backward and then moves forward. Usually, the injury occurs during a car accident or a collision. Since the neck is affected, it can cause pain and swelling. Whiplash injuries may last for years if they’re not properly assessed and treated by health care professionals or by chiropractors.

Neck strain is a type of injury to the muscles supporting the head and neck. The neck is vulnerable to injury since it can move in an extensive range of motion, making it less stable than other parts of the body. The common signs and symptoms of a neck muscle strain include lack of flexibility in the area, inability to turn or lift the head, severe pain, and muscle spasm. Most people refer to this condition as a “stiff neck”.

A herniated disc, also dubbed as a ruptured, bulged, or slipped disc, is when a fragment of the nucleus pulposus is pushed out into the spinal canal. This jelly-like substance absorbs shock and acts as a cushion for the bones of the spine. A herniated disc is very painful and the symptoms include numbness, feeling of electrical shock, burning sensation, pinching sensation, shooting pain, weakness, and tingling in the limbs. 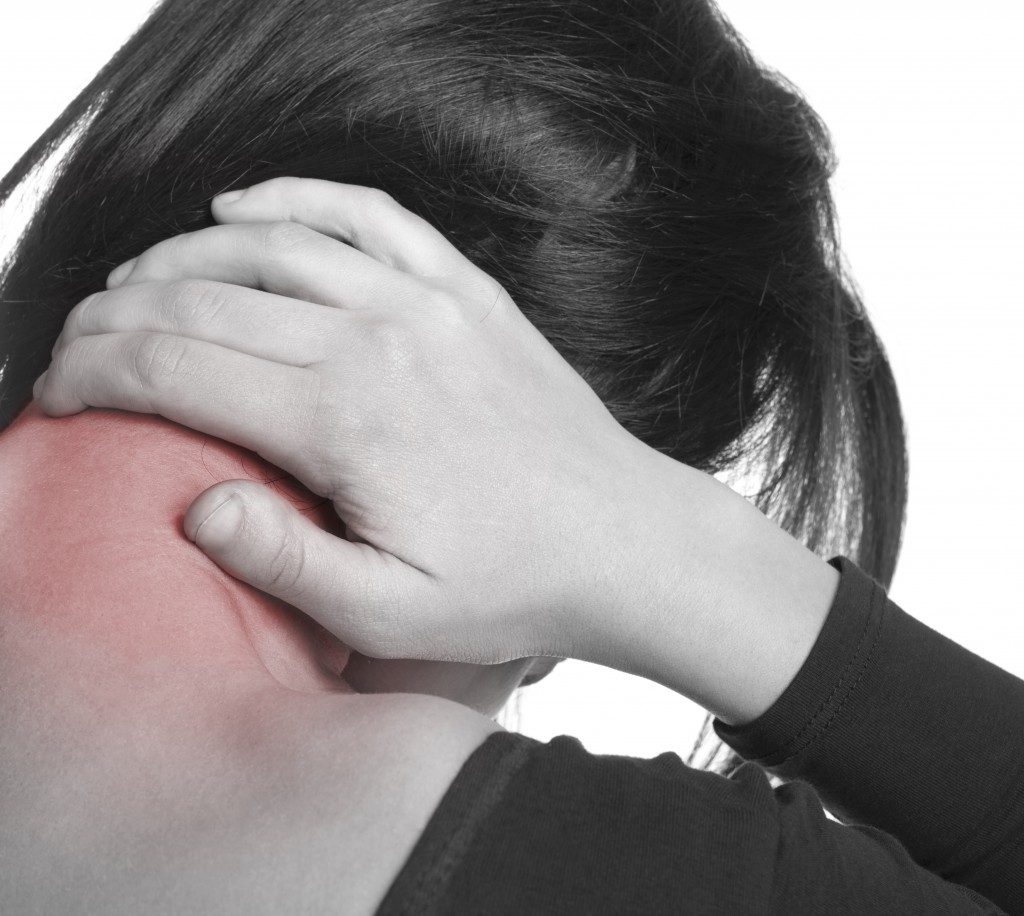 A more severe condition in the neck happens when a bone becomes broken or fractured. A cervical fracture involves a break in the cervical bone, which often results from accidents such as falls, diving into shallow water, vehicular accidents, and collisions. In some cases, this can be life-threatening.

Another life-threatening neck problem is a spinal cord injury. A spinal cord injury (SCI) causes temporary or permanent changes in body functions. The common signs and symptoms depend on which area of the spine is affected. These include loss of muscle function, autonomic function, and sensation.

Usually, if the neck is damaged, this could lead to paralysis from the neck down, which is potentially-fatal since the lung muscles are affected. This makes the patient unable to breathe on his or her own. It is considered one of the most fatal neck conditions across the globe.

Neck problems may cause acute or chronic conditions which can alter the body’s functions. There are mild conditions that require chiropractic care and treatment, while others need advanced medical equipment. Consulting a chiropractor can help reduce complications, while for major neck problems, immediate medical attention is important.