It’s the same in almost every home: the space that has the most stuff is the garage. That’s why when it comes to organizing and decluttering, it’s the single, most avoided room. But here’s the thing, you can’t just avoid the task of putting order into your garage. This isn’t just for aesthetic reasons, getting rid of the ugly and giving the place an updated look to match your sophisticated home, it’s also for safety reasons. When you have too much stuff, junk, chemicals, and cords scattered all throughout the garage, you have a ticking time bomb, a fire tragedy waiting to happen. Thus, go organize your space and do it with these tips for a better result:

The first stage of organization is really the hardest because it’s where the purging happens. You have to go through each item in the space and determine if it’s going to go or stay. This is where it becomes particularly taxing. Old stuff will, for sure, take you on a roller coaster of emotions, so your judgment on which should go or stay might be a little clouded. You may end up holding on to the same stuff. Here’s a rule of thumb for sentimental objects: pass it on or repurpose it. Thus, instead of keeping that old chair your beloved grandma gave you, give it to a relative who can value it as much as you did or use the wood to build a coat rack or a shoe container. This way, you have one less item stashed in your garage and an item that added value to you or someone’s life. For the items that aren’t sentimental, judge them based on their usefulness. If you haven’t used them in the last three months, throw them out or sell them in a garage sale. 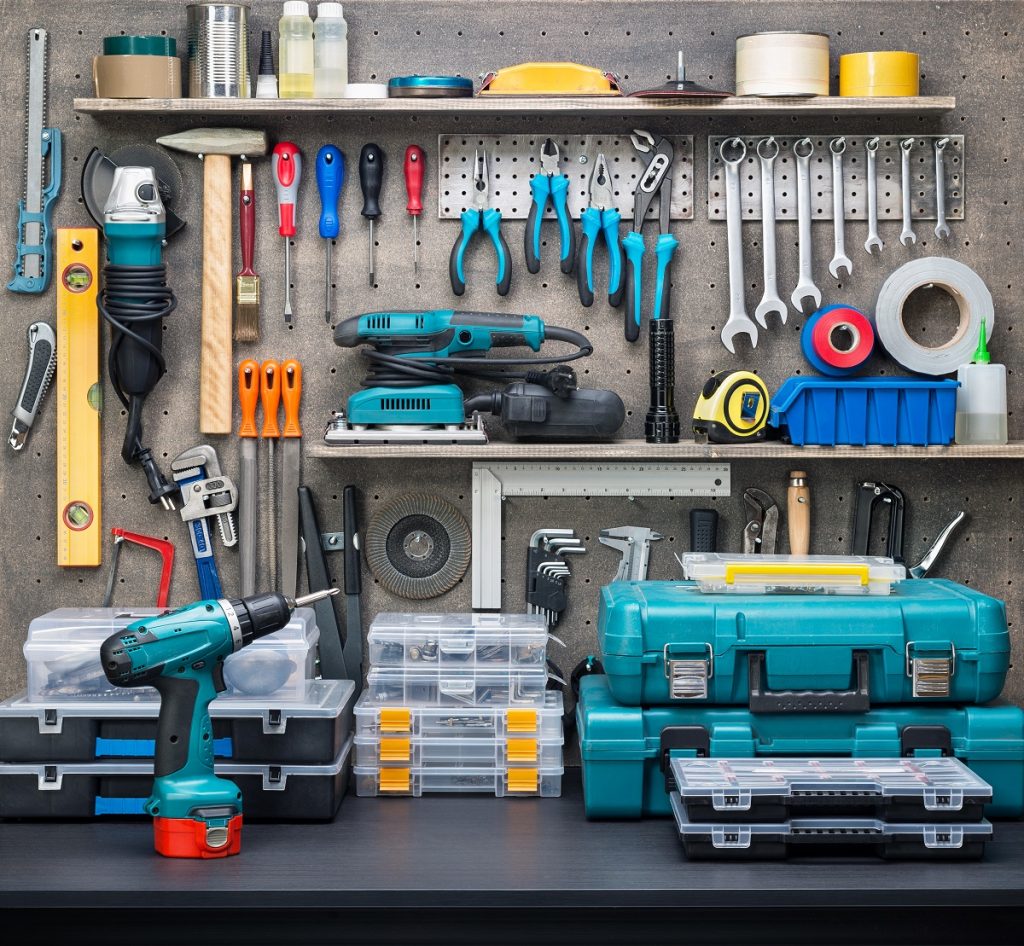 Once you’ve gotten rid of the unnecessary stuff and only have the important, that’s when you figure out where to store things. The best way to do this is to designate particular zones so that it’s easy for you to refer to stuff later. The zones will depend on the items that you have, of course. In general, though, you must have a space for frequently used items. For example, the pet leashes and shopping bags will be in only one corner, furnished with hooks, so that the items are accessible. You should also have designated zones for items used for car maintenance, gardening, and home cleaning.

Since most of these items are tools and bottles of liquids, it’s best to keep them in locked cabinets. Of course, there should be a space for bulky items, too, such as the lawn mowers, vacuum cleaners, and bicycles. Given that these are things that aren’t inexpensive, make sure that your garage doors are secure. If you notice strange sounds, squeaks, and squeals, call in experts for garage door repair in Utah. Garage security is very important because it’s one of burglars’ favorite entry points.

Keep the space clean. The more that it looks spick and span, the more that you’ll be encouraged to keep it that way all year round. Hence, go sweep off dirt from floors. Wipe it off from cabinets. Look out for signs of mold, especially inside storage areas. Get rid of the cobwebs on the ceiling. Hose down surfaces, if possible. Spray pesticides to get rid of pesky animals. That’s another note when decluttering: don’t leave items that can attract pests, like pet food or birdseeds, as well as bedding, clothing, and paper. When the entire place feels more like the rest of your home, that’s when you know that the cleaning is done.

Organizing the garage is never fun and easy. However, just imagine the thought of you finally being able to keep your car inside it or being able to stay in it for an hour or so. That’s a good reward for the tough job, right?